(My friend Ryan Kamstra, a poet and a musician, recently asked me if I could articulate why “Donny Darko” worked as a movie when “Southland Tales” didn’t. They are both poetic, intuitive and unlikely Hollywood science fiction narratives, set in the near past and near future respectively and grounded in the contemporary. They were both made by Richard Kelly.

A lot of people love “Donny Darko”. A lot of people have defended “Southland Tales”. It’s easy to understand why – “Southland Tales” is an unusual movie that seems to have been made with just enough hope to strain past private despair about America, the war, the end of the world and celebrity in order to try to say something meaningful about it all. It is the kind of movie that most people I know would want to make – if they were the kind of people who made Hollywood movies. All that being said – I bet Richard Kelly had wanted “Southland Tales” to touch more people than it managed to. I bet it was confusing why “Donny Darko” touched so many people when “Southland Tales” struggled to. This is how I understand my friend's question.) 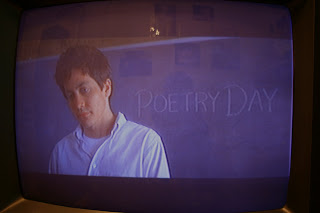 Donny Darko is a teenager who lives in a big white house. He is very smart and a little off – luckily his family is also very smart and a little off too. A tall bunny with a scary silver face, named Frank, communicates to Donny Darko in hallucinations. Frank often calls Donny Darko out of bed and Donny Darko, sleepwalking, follows him out of the house. Donny Darko often wakes up on the road or in a field or in a golf course. One morning, after waking up on a golf course, he returns home in his pajamas and learns that, in a freak accident, a jet engine fell from the sky and crashed into his bedroom. He was not killed because he was sleeping on the golf course.

Life continues. Life is the suburbs, the bus stop, the private school, the television and the Iowa landscape. There is the school bully, a dearth of good friends, a little girls’ dancing troupe, the national election and the town’s beloved motivation speaker who spreads his own brand of gobbledygook. And though it is hard to see where meaning is in this life, the whole movie has the feeling of a meaningful dream that you can’t quite remember – a suggestion that meaning is hidden everywhere, but we just can't quite see it.

Frank’s visits increase as do coincidences in Donny Darko’s life. Donny Darko is not sure if he is a high-functioning schizophrenic or someone who has been chosen for a great mystical mission. We don’t know either.

And then there is “Southland Tales”. 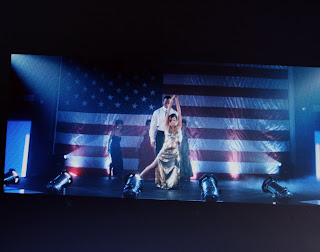 Boxer Santaros (an action star with Republican ties) starts out with amnesia, a porn-star girlfriend, and a screenplay. We’re not sure how he got there, how long he has been in this relationship, or why he seems so untroubled by his amnesia. Though the back story isn’t clear, we are easily fascinated by Boxer Santaros (Dwayne Johnson) and his girlfriend Krysta Now (Sarah Michelle Gellar). They are both a pleasure to watch. This situation is followed by time-warps, neo-marxists, poetic tag-teams of conservative presidential candidates, internet surveillance, riots, quantum soul-splitting and other catastrophes. Boxer Santaros doesn’t know what’s going on and neither do we.

Some movies don’t work at all – things are consistently off key or, say, barely present. But “Southland Tales” is a different kind of not-working. In “Southland Tales” - though scenes contain humour, powerful moods and dynamic tensions - it is often difficult to understand what is happening, what people’s intentions are or even just who is who. It is hard to grasp the full weight and meaning of the narrative elements – and there are A LOT of narrative elements.

It is exciting to hear Dwayne Johnson quoting Jane’s Addiction to Mandy Moore with brutal sincerity in their luxury suite. If you sliced “Southland Tales” into 16 sections, you might have 16 remarkable poems. It is enough that Dwayne Johnson is quoting Jane’s Addiction to Mandy Moore in a luxury suite – that is a brilliant art show. That is something to think about. It is also exciting to witness an Iraq war scarred Justin Timberlake intentionally misquote T.S. Eliot to us while swiveling a machine gun around a crowd of civilians in a near-future Venice Beach.

But it is a very difficult task to turn 16 remarkable poems into a narrative movie. It is a lot for the director to control and a lot for the audience to pay attention to. In our attempt to grasp the full meaning of the complicated narrative (we assume that the director has given the narrative equal importance) AND juggle the depth of our culture’s beloved poetry, we frequently loose grasp of both. We are not good jugglers. So the power of the narrative's turning points frequently escape us.

In the familiar world of “Donny Darko”, we hold onto to the humble discoveries of meaning as tightly as Donny Darko does – they appear so infrequently. As we linger in this world, we also eventually begin to take the meaningless things and turn them into meaning - just as Donny Darko is beginning to do. There is not much else to do here and we have some time to spare. We begin to make out a beautiful and crazy (or senseless and sad) pattern. It's a poem that's inseparable from a narrative, a narrative involving meaningless tragedy and time travel - my favourite kind.
~
Southland Tales, section 16:
Posted by Margaux Williamson at 2:05 PM